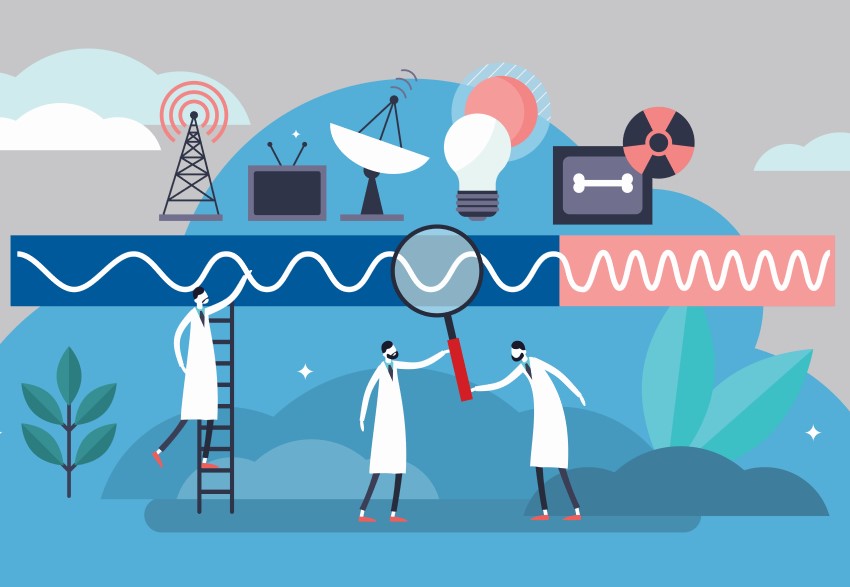 Are concerns about the introduction of 5G technology a novelty?

Does 5G harm the health of the population?

ANCOM has no attributions regarding the evaluation of the impact of electromagnetic fields (EMF) on the population’s health. However, whatever technologies produce electromagnetic fields, the population protection limits are the same. 2G, 3G and 4G networks have been installed in compliance with the same population protection rules, and 5G will be no exception. Moreover, the radio waves that underlie electronic communications do NOT have ionizing properties.

ANCOM takes account of views based on rigorous, recognized analyses: “There is no evidence of adverse health effects at exposure levels below the restriction levels in the ICNIRP (1998) guidelines and no evidence of an interaction mechanism that would predict that adverse health effects could occur due to radiofrequency EMF exposure below those restriction levels.” Source:Guidelines of the International Commission for Protection to Non-Ionizing Radiation (ICNIRP) for Limiting Exposure to Electromagnetic Fields (100 kHz – 300 GHz) (2020), page 523.

Furthermore, in order to take into account current technological developments such as 5G, in 2020ICNIRP revised its recommendations in the guidelines published in 1998, confirming the EU-wide limits for the exposure of the population to EMF in respect of the WBA-SAR and provides some additional power density restrictions absorbed for local exposure in the 6GHz and 30GHz bands, respectively, which 5G technology will have to comply with to protect the population.

„To date, and after much research performed, no adverse health effect has been causally linked with exposure to wireless technologies . Health-related conclusions are drawn from studies performed across the entire radio spectrum but, so far, only a few studies have been carried out at the frequencies to be used by 5G. Tissue heating is the main mechanism of interaction between radiofrequency fields and the human body. Radiofrequency exposure levelsfromcurrent technologies result in negligible temperature rise in the human body. As the frequency increases, there is less penetration into the body tissues and absorption of the energy becomes more confined to the surface of the body (skin and eye). Provided that the overall exposure remains below international guidelines, no consequences for public health are anticipated.” – Source: Article “Radiation: 5G mobile networks and health “- section” What are the potential health risks from 5G?” available on the World Health Organization website

”By observing the exposure levels in the Order of the Minister of Public Health no. 1193 of 29.09.2006, for the approval of the Norms regarding the limitation of the exposure of the general population to electromagnetic fields from 0 Hz to 300 GHz, there will be no negative effects on health.”- Source: press release “Is 5G technology a health hazard?” published by INSP.

(ANCOM translation)“Limits for the exposure to EMFs that are currently recommended at international and EU level were classified by the World Health Organisation’s International Agency for Research on Cancer (IARC) at the third level in a scale of five levels of risk, which puts them in the group with other‘possibly carcinogenic’ elements, such as pickled vegetables. This means that radio EMFs are less risky than eating red meat, working night shifts or drinking hot coffee, which are at the second level and assessed as ‘probably carcinogenic’. Radio EMFs are considered even less risky thanair pollution, <<wood dust or alcoholic beverages, which, being at the first level, fall into the ‘carcinogenic’ category>>”. – Source: European Commission website offering answers to5G Frequently Asked Questions (see the answer to question 13).

What is the specific rate of absorption (SAR) referred to by EMF limits?

Research based on RF modelling on humans performed using the WBA-SAR (whole body average specific absorption ratio) method shows that, at an absorption rate of 6W/kg WBA SAR, averaged over 1 h, at an ambient temperature of 28 °C, the core body temperature increases by 1 °C.

On the other hand, the limits for thermal effects considered by the International Commission for Protection against Non-Ionizing Radiation (ICNIRP), also applied in Romania, are based on a WBA SAR of 4 W/kg averaged over 30 min.

Note that the values are very conservative, including in relation to the energy generated by the human body: ~ 1 W/kg at rest, ~ 2 W/kg standing, ~ 12 W/kg running. . – Source: ICNIRP presentation, slide 9

The maximum SAR level for mobile phones is 2W/kg according to ICNIRP. More information on the SAR of telephone sets is available in the article “Explanations of SAR – L1”.

What are the limits of exposure of the general public to electromagnetic fields in Romania?

The International Commission on Non-Ionizing Radiation Protection (ICNIRP) has endorsed this recommendation, which has become a reference document for all Member States of the European Union.

Basically, in Romania the limits recommended by ICNIRP and the European Commission apply, the exposure limits for the general population being 50 times lower than the limits for which scientific results on health effects (the so-called thermal effects) have been documented.

Do the limits of exposure of the general public to electromagnetic fields change with the introduction of 5G?

NO. The protection limits remain unchanged, all the more so because ensuring a high level of protection of the population’s health is at the forefront of the authorities’ preoccupation, in Romania and in the European Union.

“The 5G networks are expected to have similar or lower levels of emission than 4G networks. Combined with 4G a modest cumulative increase is possible in dense areas, still far below the limits.” – the European Commission’s response to the European Parliament.

Who verifies the observance of the limits of exposure of the general public to electromagnetic fields in Romania? How this verification performed and what are the results?

ANCOM constantly monitors the intensity of the electromagnetic field generated by the broadcasting stations (antennas) used for the provision of radio-TV and mobile telephony services (including 2G, 3G, 4G, 5G) or by other radiocommunication stations used for the provision of other types of electronic communications. These measurements have been performed for more than a decade, and on no occasion have any values above the limits imposed by the law been registered.

On the one hand, ANCOM measures the intensity of the electromagnetic field by means of 150 fixed broadband monitoring sensors located in Bucharest and other 103 localities across the country, outdoors, in public spaces close to clusters of radio emissions sources. Each sensor uses a isotropic (tri-axial) probe to measure the electric field strength in four frequency bands: 100 kHz – 7 GHz, 925 MHz – 960 MHz, 1805 MHz – 1880 MHz and 2110 MHz – 2170 MHz. The sensors are always on, transmitting measurement results to the www.monitor-emf.ro platform once every 24 hours. The results of these measurements are displayed in the form of a map that also provides details on the place, period and measured level of electromagnetic field strength, a level expressed as an absolute value, but also as a percentage of the regulated maximum allowed levels.

On the other hand, ANCOM measures the intensity of the electromagnetic field using the Authority’s mobile radio spectrum monitoring system. These mobile measurements yield results that are presented on the ANCOM website, on a map, and they are performed by ANCOM in compliance with the Recommendation ECC(02)04 on measuring non-ionising electromagnetic radiation. Measurements with mobile equipment take place outdoors, in public spaces, with a measuring antenna mounted at 1.5 m above ground level, the results being averaged over 6-minute intervals and compared with the reference levels specified in the Order of the Minister of Health no. 1193/2006. This type of monitoring is carried out according to an annual plan, which may include – to some extent – certain areas, exclusively public, mentioned by the persons requesting measurements of the electromagnetic field strength. Since 2012, when these measurements started to be published on the www.monitor-emf.ro platform, ANCOM has performed such measurements at almost 20,000 measurement points.

During the last decade, all the values obtained by ANCOM following the measurements performed with the two types of equipment mentioned above are well below the maximum limits establishedby the provisions of the Order of the Minister of Health no. 1193/2006.

Who monitors the effects of electromagnetic field (EMF) radiation on the population in Romania?

The effects of radiation on the health of the population are monitored by the Ministry of Health (MoH) through the National Institute of Public Health and through Public Health Directorates (Ionizing Radiation Hygiene Laboratories).

The recommendations of the National Institute of Public Health on the protection of the general public in electromagnetic fields are also based on the conclusions of international scientific organizations or committees (International Commission for Protection against Non-Ionizing Radiation (ICNIRP), the European Union Scientific Committee on New and Emerging Risks). Environment (SCHEER), World Health Organization (WHO), International Agency for Research on Cancer (IARC).

Given technological progress, are EMF radiation limits still valid even if they were set in 1998?

The limits of EMF radiation are the same, regardless of the technology. The long life of the existing limits allowed the monitoring of the effects of their observance over a long period of time.

How will the exposure to the electromagnetic field change after the introduction of 5G?

Currently, the electromagnetic field exposure due to 5G infrastructure using the 3.5 GHz band is similar to that due to 3G or 4G base stations. In Romania, as well as in other countries around the world, the 5G infrastructure will be deployed only in compliance with the limits provided by the legislation on EMF exposure in force.

The number of 5G base stations/antennas currently installed in Romania is too small to influence in any way a change in EMF exposure levels. However, we can look at measurements performed in other states.

For example, according to OFCOM, UK’s electronic communications regulator, the results of tests on electromagnetic radiation levels from 5G base stations in February and March 2020 show that “EMF emission levels from 5G-enabled mobile phone base stations remain at small fractions of the reference levels for general public exposure in the ICNIRP Guidelines, with the highest level recorded being approximately 1.5% of the reference level; 5G currently contributes a small amount to the EMF levels measured at each site. In all locations, the largest contribution to the measured levels comes from previous generations of mobile technology (2G, 3G,4G). The highest level we observed in the band used for 5G was just 0.039%of the reference level”. For more details, see the OFCOM report “Electromagnetic Field (EMF) Measurements Electromagnetic Field (EMF) measurements near 5G mobile phone base stations”. 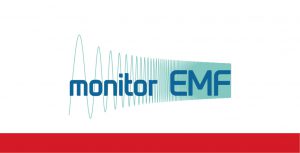 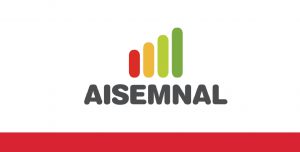 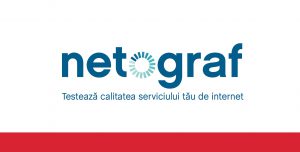